Drizzt Do'urden and his companions are trying to stop hordes of unbound demons wreaking havoc through the Underdark and Overrunning the surface world.
No longer confined to the Abyss, demon lords have been sighted throughout the Underdark. At the heart of the corruption lies Demogorgon, Prince of Demons. Drizzt plans to stop him, and needs your help.

The Underdark Campaign is a campaign, an interlocking series of quests, dungeons, tasks, and rewards introduced in Module 8: Underdark on November 17, 2015. The campaign can be started at level 60 with a series of quests written by R.A. Salvatore called Dwarven King Quest Arc. The campaign is set in the Underdark and introduces popular characters of the D&D universe such as Drizzt Do'Urden and Bruenor Battlehammer. Unlike previous campaigns, this campaign is focused on completion of Demonic Heroic Encounters, skirmishes and raid encounters in order to get the required currencies. 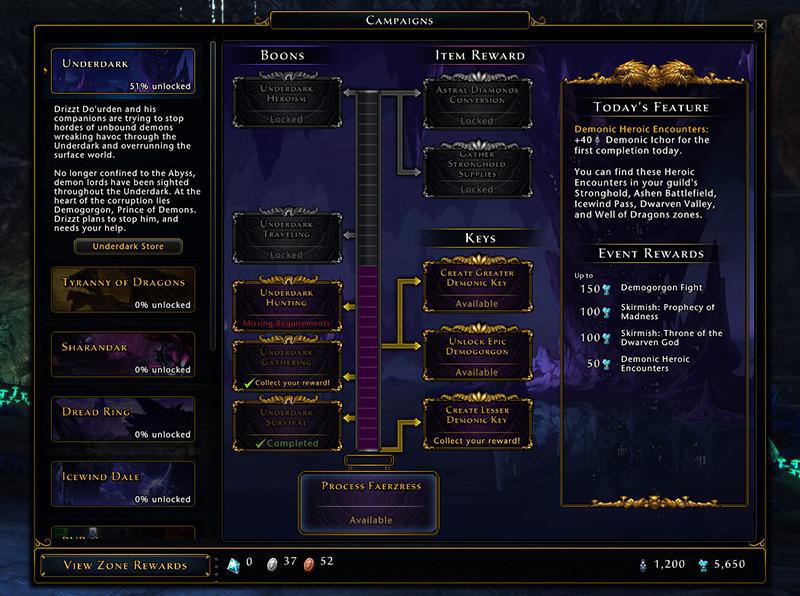 As in previous campaigns, there are a total of 5 boons available.