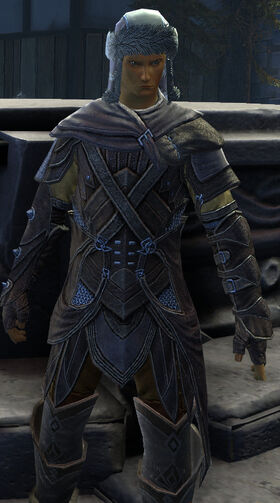 The Ranger
Hey, adventurer. I've got nothing to do right now, but I'm sure that'll change once the Steward finds out.
The Ranger
What do I do? Well, I guess it's in my name, isn't it? Makes it easy for me not to forget.

I scout around the area and report anything that needs attention to the Steward... which usually leads to a member of the guild dealing with whatever I find.

The Ranger
My real name? It sure would be nice to use, wouldn't it?

Steward's orders, though. He doesn't want anyone in the team using their real names, and he insists that no one in the guild knows our names.

I think he told me why a while back, but I don't really remember the whole point of it.