From Neverwinter Wiki
Jump to: navigation, search
The Mother Lode 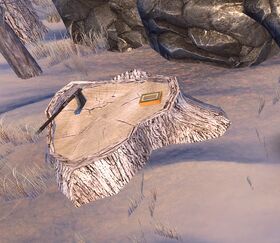 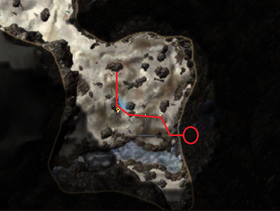 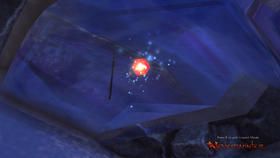 Discarded Journal
The final entry in this miner's journal reads:

The filthy little goblins are coming, and just when I finally struck it big! Found the ruby the size of me head encased in ice, but I wasn't able to cut it free in time. I'm retreating back to Torunedar with the others, but I'm not a fool. On me way out I left me best set of axes behind to point the way to the ruby. I'll leave me journal next to the last of them.

If you can read common and you're no friend of the goblins, follow me axes and find the ruby. If you succeed and bring me the gem I'll reward you well!

Vaile Birchsmith
Well I'll be, you struck the mother lode alright! As I promised in my journal, I'll split the bounty with you. I did find it first, after all...

To save time this quest is best paired with Prisoners of War quest as it's objective's locations are right around the path for this quest.

Near the north west end of Prospector's Ridge as you enter the area following the road on the left is a square pillar and on the right a boulder. You will find the Discarded Journal (1944, 831). Interact with the journal to start the quest. The trail of axes leads south and south east of the journal. They aren't too easily spotted. The Massive Ruby (2184, 638) is lodged into the rock face just past the last axe in the trail. Interact with it to progress the quest to bring the ruby to Vaile Birchsmith.