From Neverwinter Wiki
Jump to: navigation, search
The Cloak Tower 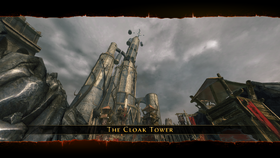 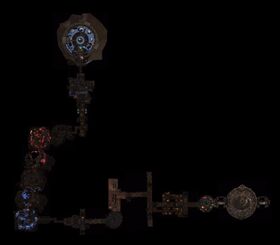 Deep within its dungeons, Vansi Bloodscar plots the conquest of Neverwinter. You must stop the commander of the Many-Arrows Tribe before it's too late!

THE CLOAK TOWER
The tower takes its name from a guild of mages called the Many-Starred Cloaks who lived and gathered there. They were well known in the city for their arcane skill and for the whimsical, colorful cloaks they wore. During the Spellplague, the tower and its occupants vanished. The tower reappeared half a year later on a different patch of ground in the city.

As a tavern tale has it, when thieves first broke into the tower several months after it first reappeared, they found empty halls and no mages (or bodies). Only the guild members' many-starred cloaks remained, hanging from pegs on the wall. Then disaster struck the thieves: The lone survivor of the group told of a horrific attack from cloaks that suddenly came to life and enveloped the other bandits.

Whether the tale or any part of it is true, the citizens of Neverwinter shunned the tower for decades thereafter--no one wanted to risk entering it.

District residents expected that the orcs, too, would run afoul of the tower's wards when they tried to occupy the place, but the creatures were able to move in safely. They have established themselves quite nicely in the most protected holdfast in the district.

A Dungeon Delve located in the Tower District. You may not queue for this dungeon above level 22, but you can still enter the dungeon "manually" by going to the entrance on the map.