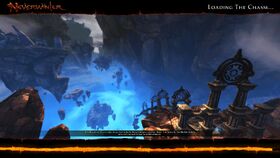 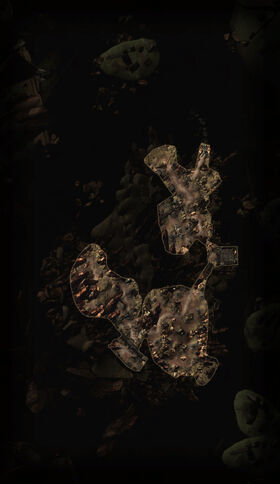 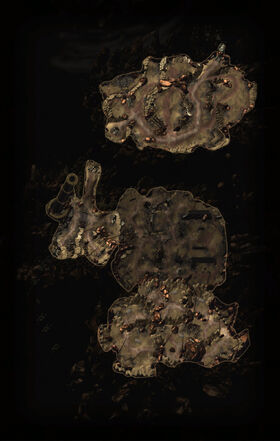 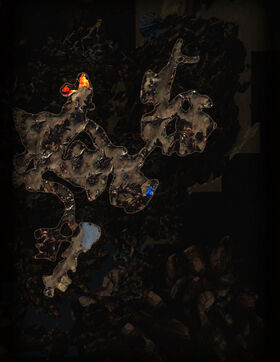 When Mount Hotenow erupted, the earthquakes it caused tore a rift in Neverwinter's very foundation, creating a festering pit where the Spellplague began to accumulate. It wasn't long before the Chasm began to vomit out foul creatures - Plaguechanged beasts and hellish monstrosities that defy description - and the defenders of Neverwinter had to hastily build new fortifications to hold them back.

The bottom of the Chasm is a pitted wasteland of twisted and shattered rock. Spellplague energy flares from the ground and the walls seemingly at random threatening to douse any unlucky enough to be standing nearby. It is eerily silent, except for the raspy berating and the echoing footfalls of the plaguechanged creatures. If one also listens closely, however, something else can also be heard: the entire landscape hums with energy, pulsing as though it were itself a living, breathing creature.

Perched precariously above a yawning abyss is Scar Company's forward base: Fort Precipice. Once the fortified manor of Roderick the Wary, a wizard renowned for his paranoia, Fort Precipice stands as a crumbling bulwark between the unsuspecting people of Neverwinter and the Plaguechanged horrors of the Chasm. It is there that the bravest of the Spellscarred, those who volunteered to fight rather than waste away in Helm's Hold, hold the line, doing all they can to keep Neverwinter and its people safe.