From Neverwinter Wiki
Jump to: navigation, search
Some Good Advice 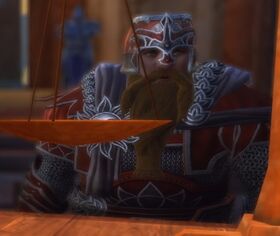 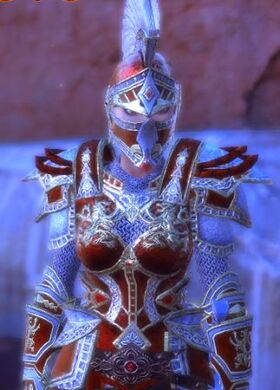 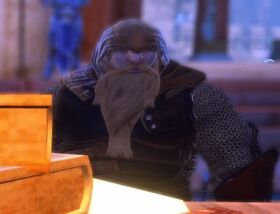 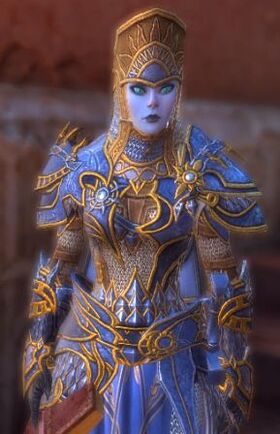 Lord Neverember has you confer with his advisers.

Lord Neverember
I urge you again to speak with my advisers. There are many ways you can be of service to Neverwinter... and enrich yourself in the process.

Drijm Stoneaxe
Hello! What can I help you with?
Drijm Stoneaxe
You may or may not know, but the lost Dwarven city of Gauntlgrym has been found. Two competing groups are looking to kick the Duergar out of the ruins and claim the place for themselves: The Delzoun Explorers and the Luskan Corsairs.

If you are interested in winning fame and fortune you should go to the Trade of Blades near the market. Recruiters for both groups can be found in the bar at the back.

Gauntlgrym is a daily event of competitive PvE and PvP combat. The winning faction unlocks a dungeon that rewards Tier 2 equipment.

To compete in Gauntlgrym you must do the following:
1. Join a guild.
2. Get your guild leader to choose an allegiance for your guild by talking to the faction recruiters at the Trade of Blades.

Drijm Stoneaxe
Participating in the efforts to reclaim both Gauntlgrym and Sharandar is sure to gain you better equipment that you currently have. Before you sell your old gear to a merchant, pay a visit to the enchanter who recently set up a shop in the Seven Suns Coster Marker. I hear he pays in Rough Astral Diamonds for magical equipment.

You can find the Salvager at the market near M'tari Prin'tal, the Profession supplies merchant.

Shay Morningstar
The treasures of the Sword Coast are often hidden away in unpleasant and dangerous places. I'm sure you explored some of them during your adventuring career.

Epic Dungeons are designed for max level players and are more difficult than their standard versions. They also give better rewards!

Epic Dungeons can be accessed by queuing. (Default key "K".)

Harper Sudbury
You should check out the job Boards near the market if you haven't already. The boards are full of jobs posted by other adventurers like yourself. Both Rhix and Lord Neverember often offer bounties for taking these jobs.

You can also make Astral Diamonds by receiving tips for adventures you have posted! You should hop into the Foundry and try it out!

He is also bugged for some players, making him unable to be found or interacted with.

Silwen Wiltfen
Campaigns are long-term tasks that unlock rewards like new equipment, powers, and mounts. You can make progress on a campaign on a daily basis.

If you wish to join in the Sharandar campaign, speak to Iliyasha Guidingstar. She is located southwest of here near the ruined portal.