The Siege of Neverwinter is a randomly reoccurring calendar event. 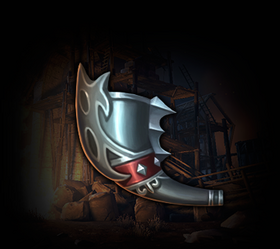 The Cult of the Dragon has amassed a vast army to conquer Neverwinter. The City's outer wall has been breached, and now Neverwinter's beleaguered defenders must stand against a horde of fanatics. In this dark hour, the people of Neverwinter need their heroes more than ever.

To participate in this event, travel to the Siege Battlefield from any over world map.

Rewards:
The Protector has authorized special rewards for those heroes who aid the city in this dark hour. Earn

[Dragon Hoard Coffer] and other Tyranny of Dragons currencies by participating in this event as well as special items including:

These rewards will only be available while the siege persists, so join the battle as soon as you can! 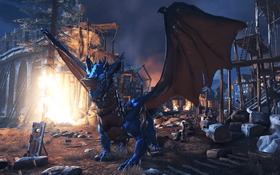 The Forgotten Siege Defense Effort is a special profession through which players can obtain [Defense Supplies].

Players can donate [Defense Supplies] to the Defense Supply Master in Protector's Enclave.

Unlike other blue (daily) quests, this quest can be completed infinite times, with no daily timer. So it's best to always save up 12 supplies before turning them in. 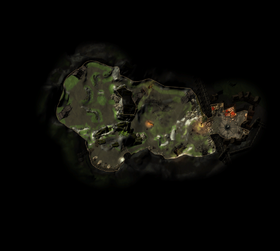 The Siege Battlefield is a special adventure zone for the event. It features a variety of heroic encounters unique to the event.

Rewards from these heroic encounters include:

And rarely one of the following:

Like other Heroic encounters, the ones found here feature 3 different reward tiers depending on your overall contribution - uncommon, rare and epic. Your tier will determine how many insignias you get, and grant a higher chance at the rare items (though even a "Great Success - purple tier" reward won't guarantee any drop aside from the insignias.

After Completing the quest "A Pledge of Support", enemies defeated on the Siege Battlefield can randomly drop Vouchers for donating to the Stronghold Coffer.