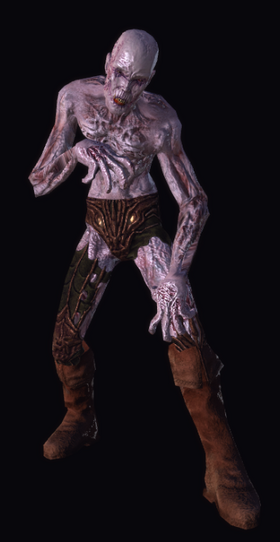 Mindless Rotters are the first foes encountered in the game, roaming around a field full of Wounded Soldiers. They are commonly found in areas where undead are the primary foes.

Rotters are weak melee foes that only pose any danger in groups. They simply close to melee range and attack for physical damage. In groups, they attempt to surround and overwhelm their foes.