The Rod of Imperial Restraint is an artifact. Its quality varies from uncommon to mythic with its rank.

Artifact
Rank: 140 (maximum)
This powerful device was created by the ancient mages of the Dragon Empire to pin enemies. Sometimes it was used to capture foes, other times just to keep them in place for draconic breath attacks.

Recharge Time: 60s
+999 Critical Avoidance
+1,002 Accuracy
+2.5% Control Bonus
Use: Deals 3,846 damage per second to the target while also holding it for 4 seconds (2 if target is a player). It also creates three areas that will hold any foe that enters for 4 seconds.

Part of set Imperial set (0/3)
Imperial Dragon Cloak
Greater Imperial Waistband of Honor
Rod of Imperial Restraint
3 of Set:
You have a chance to deal an additional 25% of weapon damage as Fire damage with your powers.
Artifact of Union
No Level Requirement
Cannot sell 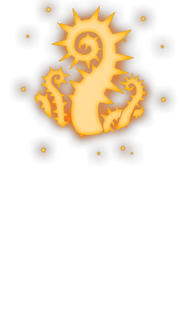 10.
The ancient Draconic Empire gave these belts to some of their most favored humanoid subjects.

Obtain from participating in the Temple of Tiamat.