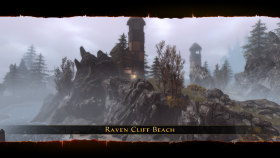 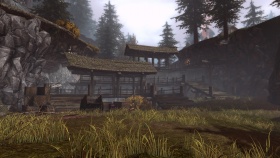 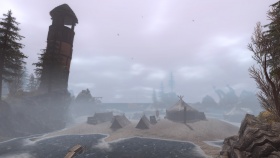 Raven Cliff Beach
Blackdagger Shipwreckers
The Sword Coast is notorious for its rocky coastline and the lack of safe merchant port. Few places exemplify this better than Raven Cliff beach, where the Spellplague and the cataclysm have made the waters so treacherous that the city of Neverwinter set up beacons on the shoreline to warn unwary ships off the rocks.

Unwilling to pass up any opportunity, the Blackdagger Bandits attacked the beacon towers and extinguished the warning flames. The plan was that ships would wreck on the rocky coastline and spill their treasures into the bandits' clutches. Unfortunately for many merchant sailors, this venture has met with great success.

Raven Cliff Beach is a point of interest located in Blackdagger Ruins.

Starts in this area

Starts and ends in this area

Ends in this area