From Neverwinter Wiki
Jump to: navigation, search
This article or section contains information from the preview server that may not yet be in the live game.
This content may change significantly before it is introduced into the game.

RNG Tests are performed by gathering an adequate amount of the item (mostly lockboxes of various kind) one want to test on the live server on any character and then bring repeated, sequential copies of that character to the preview shard. The item can then be gathered by the ingame mail system in case it is BoE or BtA (bind to account). Alternatively one has to do the tests separately on every copied character and accumulate the results. The higher the original amount on the live server the less copies are needed to achieve a good sample size.

The higher the sample the closer one get to the actual drop rates of the item. One should note that numbers acquired through these tests are never absolute. The tests assume that the game uses a random number generator, but the real system that generates the probabilities is unknown. Also, the approximated drop rates are only true for the build they've been tested on and may not reflect the actual drop rates on the current live build, because anything on the preview shard is subject to change before the most recent build is sent to the patch server.

This information was recently removed from the official Neverwinter forums because it is unofficial and drop rates will never be published. Treat the provided information with due care.

This should serve as a quick overview of the value in

of those items in the Lockboxes that can be priced using the Auction House. This excludes the BoP ( 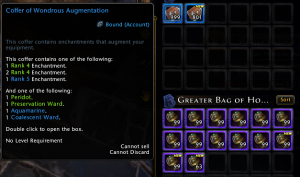 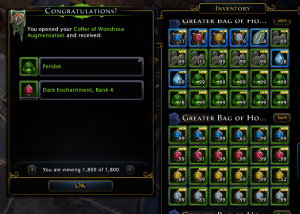 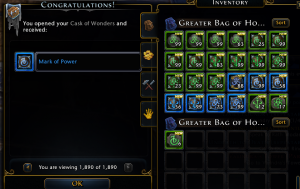 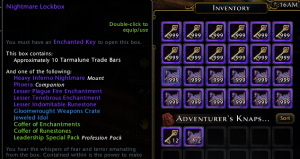 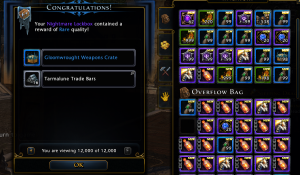 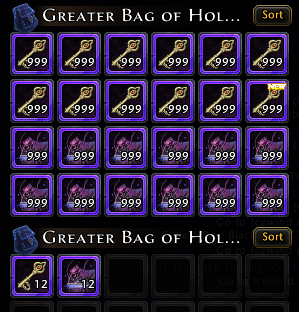 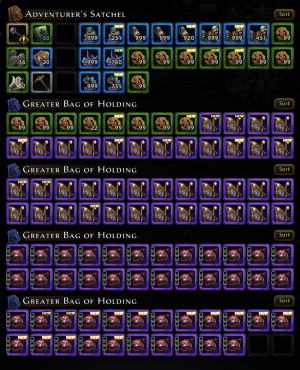 on average, including all Trade Bars from Jackpots. 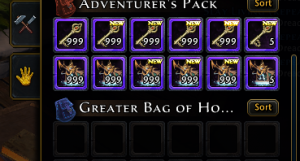 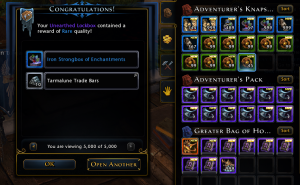 The lockboxes also contained a total of 46,843

, including all Trade Bars from Jackpots. That's an average of 9.37 per lockbox.

this could vary from box to box and needs further testing 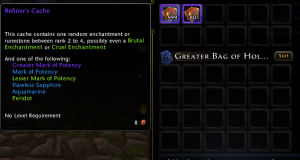 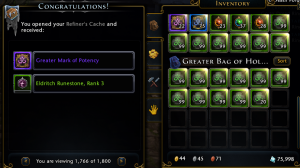 On the preview shard the boxes were bugged during the test and were not dropping the normal Enchantments. Starting with the live Patch NW.10.20140113a.7 the boxes also drop [Flawless Sapphire]s, [Aquamarine]s, and [Peridot] in the upper tier for the [Lesser Mark of Potency]. Limited testing on the live shard indicates a 3:2:1 ratio between Lesser Marks, Peridots and Aquamarines. 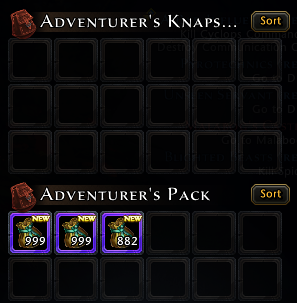 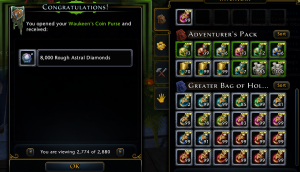 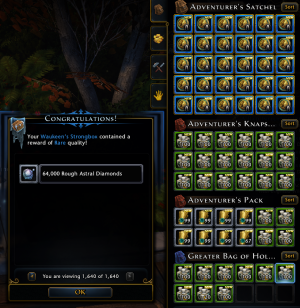 The drop rate of the Coins is too low because of a bug. Once the currency tab in the inventory was full and couldn't hold any more coins, these just stopped dropping and were replaced by another item from the list. The last Coins dropped in Box #1,222 and that the RNG generates over 400 Strongboxes without Coins is basically impossible.

This initial version of the Gift dropped from the first installment of the Tymora's Gift event. 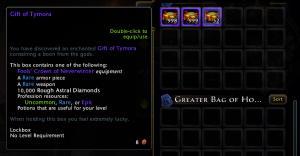 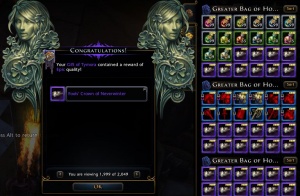 This version of the Gift dropped from the second installment of the Tymora's Gift event. 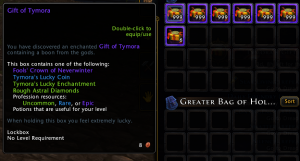 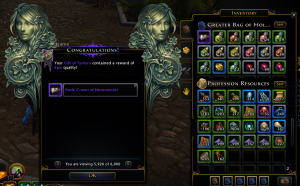 Gift of the Gods[edit | edit source] 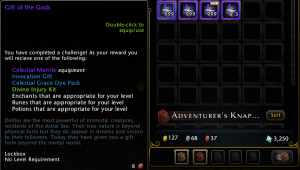 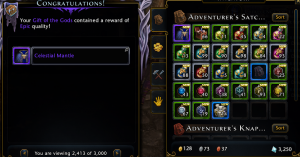 Collection in the inventory

This has been tested after the [Invocation Gift] had already dropped. Limited testing with 25 characters returned a drop chance of 6.78% for the Gift itself.

Although not incorrect, the tooltip of Profession Chests is quite misleading:

A Barrel of Goods[edit | edit source]

The drop rates can probably be divided into four tiers:

When the Barrel gets upgraded to the Chest, one of the three rewards is converted into the upper loot, but the other two drop as well. It is unknown whether this is intended or a bug.