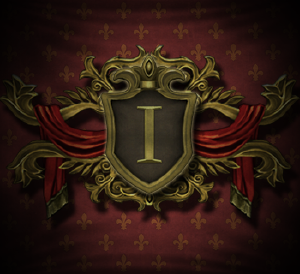 The Protector's Jubilee is an annual calendar event.

Lord Neverember has declared a grand jubilee to celebrate an amazing year for the city of Neverwinter. Merchants are traveling from across the Sword Coast to join in this grand event. It's even said the famous wizard Elminster has arrived in the city to gain the aid of its many heroes.

To Participate:
To participate in this event, visit Protector's Enclave and meet Elminster at the event podium. Complete Elminster's Quests, escort traveling merchants, and join in the Protector's Speech skirmish to get your daily reward.

Reward:
Helping the Sage of Shadowdale will earn you [Protector's Bounty] containing a host of jubilee items, including [Protector's Figurines] and [Neverwinter Renown] which you can spend in the store to purchase the following items:

You may also purchase [Protector's Figurines]s in the Zen Market. These can be redeemed for [Neverwinter Renown] in the event store.

The Protector's Jubilee comes but once a year and lasts through the week, so join us as we celebrate a successful year in Neverwinter!

During the Jubilee, Elminster Aumar offers the Commemorative Store and the Renown Store. For a week after the Jubilee, Xalliana does so.

3. After reaching the zone's entrance the merchant will reset and return to his original spot ready to be escorted again.

The Protector's Speech is a scaling skirmish, available to any character level 6 or higher, that is only available during the Protector's Jubilee. Defeat the enemies attacking Neverwinter to earn rewards including

In case you missed those 12 minutes of talking, here is the transcription: