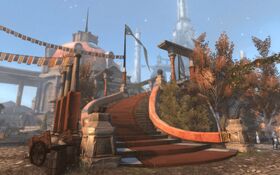 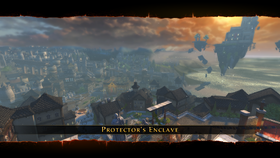 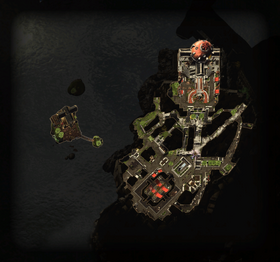 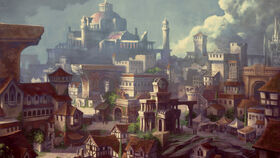 Protector's Enclave is the highly taxed police state of Lord Neverember. Beyond Protector's Enclave, many monsters roam in the city of Neverwinter. This region of Neverwinter has been rebuilt. Lord Neverember as a Lord Protector rules this city from the renovated Hall of Justice, the old temple of Tyr. This area lies in the west-most part of city. Thus it was protected from the Volcanic eruption which largely affected the eastern part of city causing the chasm to appear.

The region consists of many nobles who did not leave the Neverwinter city even during Cataclysm. However, open opposition to Lord Neverember - as much as calling him Lord Pretender is not possible due to tight grip of General Sabine's Mintarn Mercenaries. The 'soft' faction of Sons of Alagondar - the Graycloaks, works subtly in this region. Their base of operations is a secret meeting place somewhere in Driftwood Tavern.

This region is under strict control of General Sabine who commands the Mintarn Mercenaries. Administrative duties are handled by a dwarf mayor, Soman Galt. The Lion sign of Neverember is a recurring theme in the Enclave. However his coat of arms from Waterdeep is never displayed in this region in order to win the trust of citizens of Neverwinter. Because of the trade from Waterdeep, the market of the Protector's Enclave is one of the best.