From Neverwinter Wiki
Jump to: navigation, search
Plots Within Plots 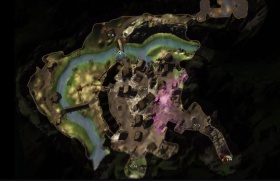 Mysterious Drow
Very strange. Apparently a group of enslaved villagers from northern Rothé Valley were brought here for some kind of examination. At least one has been transferred out of the valley elsewhere, perhaps into the Underdark. The orders speak of this alongside their plans for retreat out of the valley.

These prisoners may hold a clue as to House Xorlarrin's true motives. They are currently being held in a farmhouse to the southwest. Rescue them and retrieve any orders you find on the corpse of their Slavemaster.

Mysterious Drow
These orders are written in a House Xorlarrin code that I have not seen before. It will take some time to decipher it. Keep your eyes and ears open, <name>. I suspect that this may be only the tiniest tip of the iceberg that is House Xorlarrin's true plot.