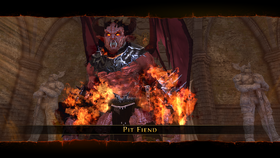 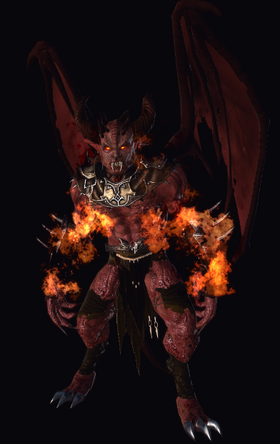 Nobles of the Nine Hells and lords among devils, pit fiends are hulking nightmares cloaked in bat-like wings. The scourge of humanity and the cosmos, these fiends originate from the Nine Hells of Baator, the homeland of all devils and a realm ruled by purely cunning evil. The most numerous of devils are the baatezu - inhabitants of Baator - infamous for their strength, evil temperament and ruthlessly efficient organization. At the top of this infernal chain of command reign the pit fiends. They form an elite ruling class that oversees vast numbers of lesser devils, and only the archdevils known as the Lords of the Nine stand higher than pit fiends in this infernal hierarchy. The most famous among them is the archdevil Bel, a military genius pit fiend that is the keeper of the First Hell, Avernus. 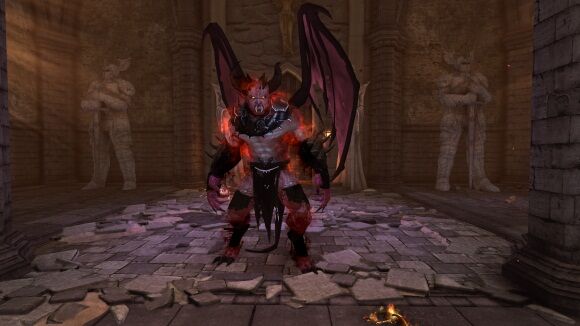 Each pit fiend is lord of a large domain within one of the layers of the Nine Hells and is vassal to the archdevil who rules that layer. A pit fiend might govern a city, command a fortress, lead a great legion, or serve as a seneschal or counselor for an archdevil. They are the progenitors of devilish schemes, and they step in when important plans require their might or when great plots reach fruition. In the Nine Hells proper, pit fiends command vast numbers of lesser devils. Penetrating the defenses of a pit fiend's castle and destroying the mighty devil in its own demesne is a deed of truly epic proportions. 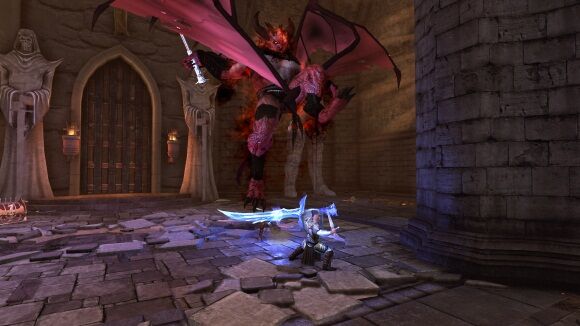 In the heat of battle, pit fiends fight close to their enemies, catching them in auras of fire. They make use of the legion of lesser devils under their command by using infernal summons, calling imps and erinyes to fight at their side. Pit fiends will control the battlefield with their teleport ability, targeting weak opponents before moving more powerful ones. They have also been known to enter into a bloody frenzy, teleporting as needed to gain a better position and unleash waves of infernal fire. 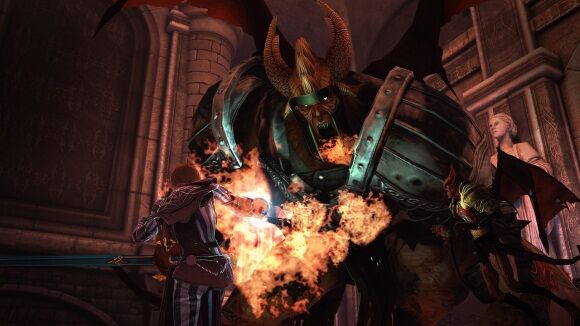 In Neverwinter, it is rumored that many of these infernal beasts have been summoned by Ashmadai cultists in and around Helm's Hold. They command the infernal legions that roam the monastery and their very presence corrupts the land and inspires fear in the hearts of Neverwinter's goodly folk. Pit fiends make for formidable opponents, and adventurers would do well to make note of their strengths before attempting to wrest the once proud Monastery of Helm's Hold from the devils' grasp.