The Old Sharandar Ruins are the primary location of the quest To the Farthest Forest that takes place as part of the introduction to the Sharandar Campaign. Iliyasha Guidingstar sends you to assist here, leading to your introduction to Sharandar proper.

To the Farthest Forest[edit | edit source]

To the Farthest Forest 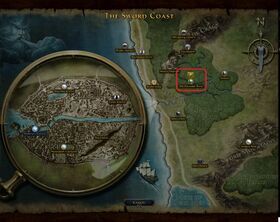 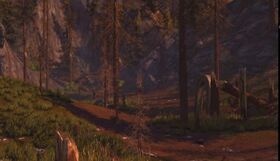 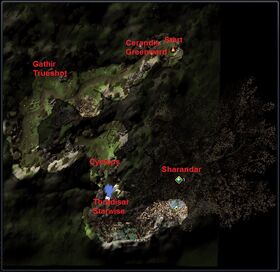 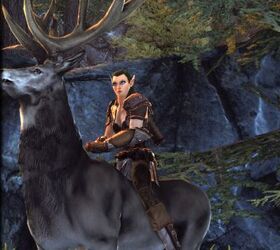 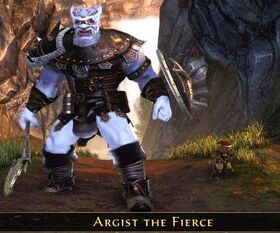 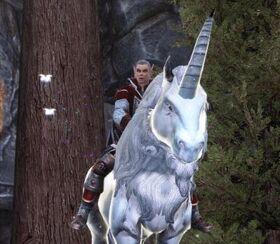 Meet with Cerandis Greenward and her scouts near the ruins of Old Sharandar in Neverwinter Wood.

Iliyasha Guidingstar
In the depths of Neverwinter Wood, elven guardians protect the ruins of Old Sharandar, the ancient heart of the Iliyanbruen empire. Though the ruins are now so overgrown as to seem but wooded hills, we elves of Iliyanbruen wish to reclaim lands and our heritage.

Unfortunately, our people have come under attack by trolls and wicked fey creatures, who plunder the relics hidden amidst the ruins. I ask you to travel to the ruins of Old Sharandar within Neverwinter Wood, and stop the plunder of our past.

Cerandis Greenward
You must be *NAME*. I'm glad Iliyasha got your aid, we're in a bad spot here.

We were excavating some of the nearby ruins when we were attacked by trolls and had to retreat. Not all of my scouts made it back, and now the trolls plan to make a meal of them.

If you can rescue my missing scouts from the trolls it will save both lives and morale.

Rescuing the last scout opens the dialogue with Gathir Trueshot.

Gathir Trueshot
Thanks for aiding the others. I'm safe here, but there's another problem. The trolls were protecting a band of redcaps who are now plundering our ruins for the artifacts that are rightfully ours.

We can't have that. Kill the redcaps, recover the artifacts, and take them to the wizard Thradisar Starwise near the waterfall gate. He will be very interested to meet you.

Gathering the artifacts, killing the redcaps, and defeating the Cyclops opens the dialogue with Thradisar Starwise.

Not only have you saved lives and history this day, you have also defended a gateway between worlds, for these ancient ruins hold a crossing between this world and the Feywild.

Beneath the waterfall, down the path and through the heart of an ancient tree lies the way to our city of New Sharandar. There, our leader Merrisara Witnerwhite awaits you.

Travel the path, enter the portal, and prepare for the fury of the Feywild.

We elves of Ilyanbruen came to the Feywild thousands of years ago to escape the fall of our empire. But now our city of New Sharandar is under siege. The foul armies of Malabog corrupt the land, and we face destruction.

For many years the Feywild has been separate from your world of Faerûn. The planes of existence have come back into alignment, and in our hour of need we seek allies among Neverwinter's heroes. Heroes such as you.