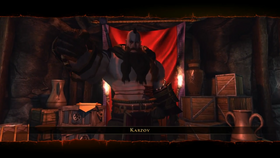 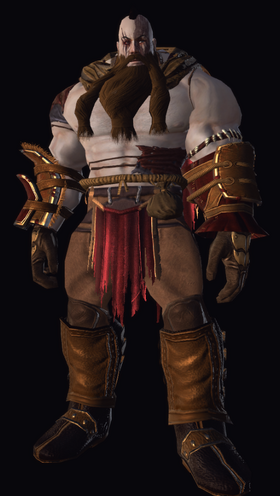 Karzov is the second in command of the Nasher rebellion group, answering only to Arlon Bladeshaper. He orchestrates the heist to steal the Crown of Neverwinter. After a chase that lasts for several quests, he is encountered and defeated during the events of Cornering Karzov.

Karzov uses melee attacks. He can spawn additional Recruits during the fight. He can also use Spinning Strike, a Daily Power normally available to Great Weapon Fighters.