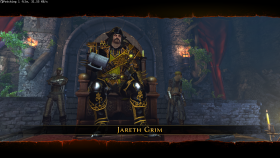 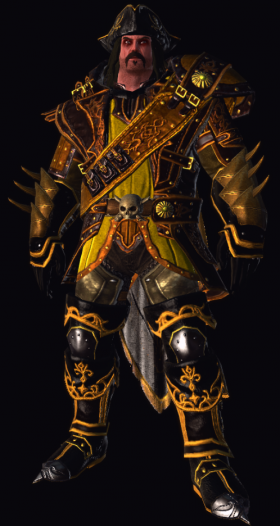 Jareth Grim
Lore Entry about Jareth Grim
This appears to be a note containing orders from Traven Blackdagger:

Now that we've finished rebuilding the keep, it's time to begin the next stage of our plan. Kallos Tam tells me that he's found some of the artifacts he's been looking for in the crypts below Cragmire Keep. Not only that, but he claims the undead army that the Cragmires raised all those years ago is still there too, as well as the means to control it.

So, you know what that means. I'm going to take some o four best fighters and head into the crypts with Tam. I'll be gone for a while, and my brother is overseeing the fortress' defense and making preparations for the attack on Neverwinter. That means you're in charge of our raiding operations until I get back. All you need to do is keep the Blackdaggers going like nothing is wrong, Jareth, so no one gets suspicious. I'll be back, and I'll have an army when I do.

Don't let me down.