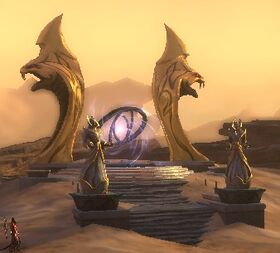 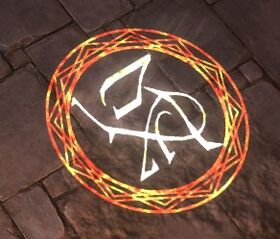 Beware: you will take damage if you step on areas where runes appear!

Infernal Bindings is a daily repeatable quest in the Well of Dragons for the Tyranny of Dragons Campaign.

Upon entering for the first time, you will receive the following Lore:

Lore: Thayan Magical Shelter
Creating and sustaining portals to large extra-dimensional spaces takes a tremendous amount of arcane power. The secret is known to few in Faerûn, but the Magocracy of Thay is one of them.

The Thayan magical shelter appears to be a portable doorway. Once set in place, it can be opened into an expansive Thayan stronghold that exists in extra-dimensional space. The actual location of the space connected to the doorway in the Well of Dragons has a close proximity to the Nine Hells, making it easier for Thayan conjurers to summon Tiamat's devils to aid the Cult of the Dragon.