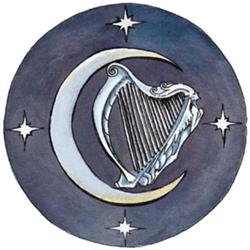 The Harpers are a semi-secret organization dedicated to promoting good, preserving history (including art and music of old) and maintaining a balance between civilization and nature by keeping kingdoms small and the destruction of plant life to a minimum. They consider the elven empire of Myth Drannor shortly before its fall to be the pinnacle of civilized history and strive to recreate the world in that image.

A group that seeks to help Neverwinter develop into the bastion of good it was before the cataclysm, the Harpers have suffered numerous setbacks in the region. The most catastrophic was Cymril's murder. A high-ranking member, Cymril was charismatic and capable. She had even managed to rise to leadership of the Sons of Alagondar rebel organization. Her death was a major blow to those insurgents, too, and they now eye the Harpers with suspicion. To make matters worse, a faction of the leaderless rebels has since turned to the Dead Rats gang for aid.