Alliances are formed between 2 to 13 Guilds, that are player-formed organizations composed of players, that gain certain in-game features such as a special Alliance chat channels. They form for a variety of reasons. Usually to enhance the social nature of the game and to offer help to smaller guilds. By grouping together guilds in an alliance will be able to do things that they would have had trouble doing on their own.

To start an Alliance, or expand an existing one, a guild leader just needs to invite another guild leader to join (use the new “Alliance” tab in the existing guild user interface).

Guilds you invite stay with you when you move, so if a Sword guild decides to strike out on its own, when it leaves its alliance it will become the Helm guild of a new alliance, and any Gauntlet guilds it has will move with it (becoming Sword guilds, which can then invite Gauntlet guilds of their own).

Guild leaders will be able to turn off certain features, like incoming and outgoing donations of specific resources, or map visits (if the guild's Stronghold map is in danger of becoming full, for example).

There will be benefits for all sizes of guilds. Small guilds especially will appreciate the chance to shop at a larger ally's store. Large guilds should have an easier time getting guild marks, if they have some smaller allies who can still use certain resources that the larger guild has maxed out. And everyone will get a bit extra from the alliance bonuses.

An Alliance has 3 tiers.
Tier 1 - Helm Guild - The main/founding guild. Can invite/kick three Tier 2 guilds in to their alliance as Swords but cannot kick Gauntlets under Swords.
Tier 2 - Sword Guilds - Can invite three more Tier 3 guilds to the tier below them as Gauntlets. Only Swords may kick their Gauntlets from the Alliance. When a Sword leaves an Alliance their Gauntlets follow them and become the Swords of a new Alliance with the previous Sword becoming Helm.
Tier 3 - Gauntlet Guilds - Can not invite any other guilds. 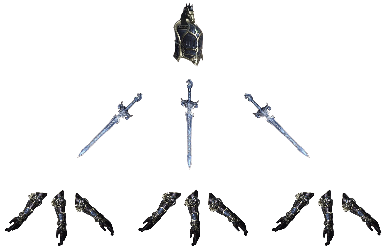 Leaving an Alliance - All Guilds may leave an alliance at any time. This requires votes from all Rank 7 guild members. When a leave/kick vote is started the guild enters a probationary window that inhibits travel to their Guild Map.

All Alliance Guild Member can:
Access the Alliance chat.
Visit any allied Stronghold maps.
While there you can team up to do Heroic Encounters or tackle the Dragons.
You can even shop at their stores.
You will also be able to from all coffers contribute to any Ally Guild, including your own, to earn Guild Marks. Other guilds in the Alliance may disable this feature from their Alliances tab in the Guild window.

The benefits of Experience Bonus (XPB) & Stronghold Structure Discount (SSD) are dependent on a few things.
1. The over all Alliance level, which is the total sum of all the member Guilds' levels combined.
2. What tier the Guild is at in the Alliance.

Add to the list the names of the Alliance, its level, its size (amount of members), on the next line its member guilds in tiered order. Each tier separated with a: /
If you have a vacant slot in any of the tiers write VACANT SWORD and/or VACANT GAUNTLET instead.
For interested guilds to be able to ask for invites, write the @handle to the person you want them to contact in game.

Imperium Alliance the position of the guilds are not always same, we do rotate the guilds in the alliance quite often to have the best discount on the stronghold structures.

Imperium alliance doesn't work like a typical Alliance in this game, basically it's a huge guild made out of 13 guilds. This way we ensure the efficiency in any type of activity people can run in the game, from beginners to endgame.

For example very rarely people talk in guild chat. Runs are in alliance chat with zero discrimination. Players help each other no matter what guild they are in and do runs together. If a mate doesn't meet the requirement to complete a dungeon we will let them know in a diplomatic way help direct them on discord for more complete information. Each guild has it's own leadership and different rules but are similar to the rest of the alliance. A Different Leadership Structure All guilds are interlinked on discord with the core leadership also interlinked to ensure easy communication with any member of a leadership at anytime. Discord is our main way of keeping people updated with information for the game and to get to know each other in a social aspect. We are also transparent in what to do. Every few months we do a alliance survey to take into consideration of the perspective of our mates. We are evolving all the time for the better while at the same time keeping our fundamental roots.

See by yourself who we are and how we are. You can find us on our Discord active - 24 / 7 - Click here : https://discord.gg/rRFpDsF

SWORDS: The Order of Light, Spiret of Virtue, Legion of Malevolence

Gauntlets: Aimless Wonders, The Knights of Ikarus, Heart of Steel