Guilds are player-formed organizations composed of players that gain certain in-game features, such as special guild chat channels and shared bank storage. Guilds form for a variety of reasons. Casual guilds are usually formed to simply enhance the social nature of the game and perhaps to offer help to players in need, while other guilds may form to focus on a particular type of content, such as Skirmishes, Dungeon Delves, or player-vs-player. Roleplaying guilds form to bring players together who enjoy roleplaying their characters. Different guilds can band together to form an Alliance with up to 13 member guilds.

Imperium [PC] See for yourself who we are and what we are all about! You can find us on our Discord - 24/7 - Click here https://discord.gg/rRFpDsF

Location of the Guild Registry

In Protector's Enclave, go to the Guild Registry on your map and talk to the Guild Registrar. In order to start a guild in Neverwinter, you need a full party of players not already in a guild that are on the same map. Any member of the party can talk to the guild contact and start the guild with all party members. The player who spoke to the contract will be given the maximum guild rank, and the others with be given the lowest rank. Checklist for starting a guild: 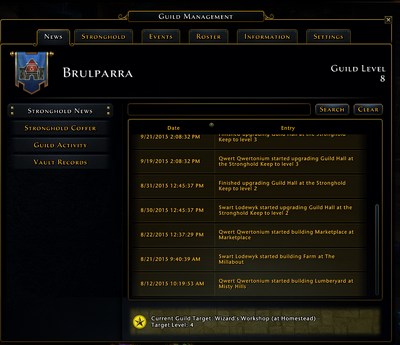 The news tab has four logs. 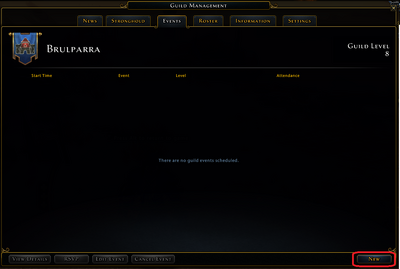 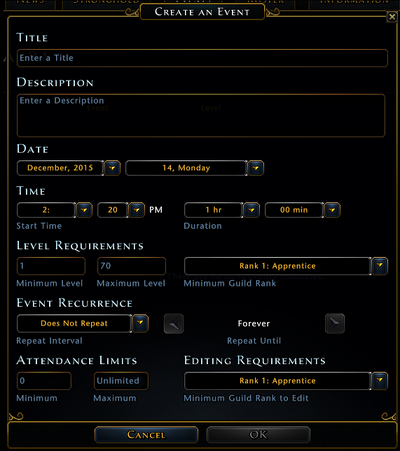 Once clicked the create a new event form appears. This form requires the following information: 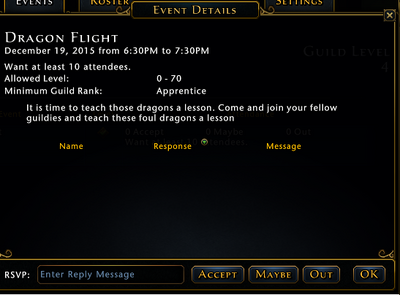 On this form you can see alist of players that have already RSVP'd for the event. You can also use the section at the bottom to indicate whether you will be joiing in or not. 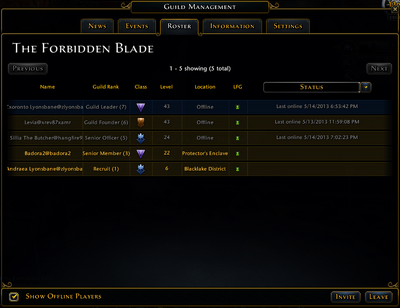 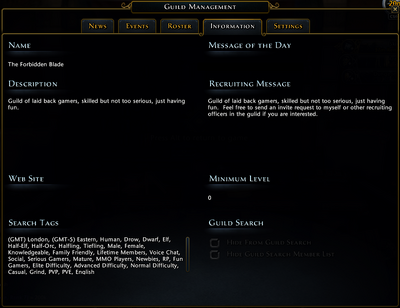 The search tags are particularly important because players can search for guilds based on the tags you choose. 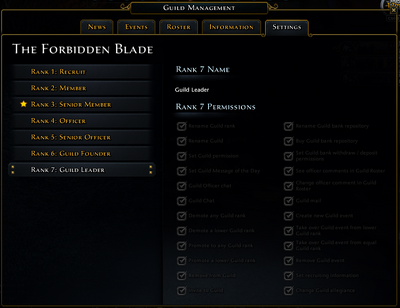 This panel lets you set all the permissions.

The window of the guild bank that can be accessed in Protector's Enclave ( next to the Guild Registry and at the Manycoins Bank ) or in the Stronghold this window offers several features.

A guild bank can contain up to 8 depots; each depot contains 48 item slots. Depot 1 can also be used to share gold.

Admins can change the depot name here and set permissions for sharing items and gold.

All sharing activities (donations and withdrawals) are logged here. Has a search engine.

More information about alliances can be found here.