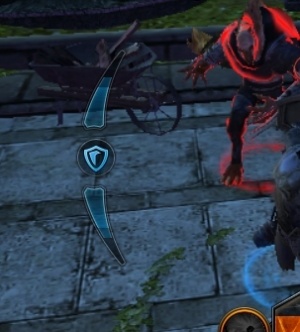 The Guard Meter. Currently the meter is partially depleted after an attack.