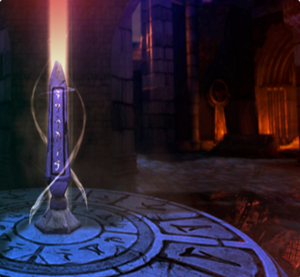 Domination is a PvP 5 vs 5 match available since lvl 10 that takes place in a closed instance, requiring players to queue into it.

Inside Domination, there are a few gameplay changes:

Leaving Domination until the match is over is penalized and forbids leaving player to use any queue for 30 minutes.

Domination match can be left without being penalized when there are 3 or fewer players left in a team.

On Domination, players cannot use some items, like most Healing potions.

On the other hand, on Domination players can use some items that are unusable outside of PvP.

PvP Potions are usable while flagged for PvP only, thus available on Domination.

While usable everywhere, takes effect on PvP only, including Domination. 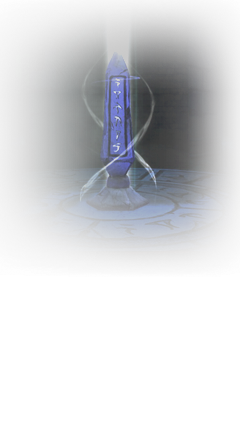 The match takes place beetween two teams of 5 players and lasts until one of them wins.

There are 3 nodes on the map.

To start contesting the point, one must stand on the node and wait until the node gets captured.

To rush and capture enemy node, players have to stand on the node.

Capturing can be done only while there are more teammates than foes on the node.

There are only 2 PvP locations available for Domination.

PvP Boost Health are a potions available on every Domination maps.

Once the character runs into it, they are consumed and will heal the player over time.

PvP Boost Healths respawns after a short period of time in the very same place.

PvP Boost Health becomes unable to get consumed once invisible entity runs through it.

PvP Boost Speed are a buffs available on every Domination maps.

Once the character runs into it, they are consumed and will give player temporary Run Speed Bonus.

PvP Boost Speed respawns after a short period of time in the very same place.

While node points determines which team wins, there are also individual player points that determines amount of Glory reward for each player.

Domination rewards up to 500

Amount of reward is lowered in case of losing, on lower levels and by some unknown conditions.

Additional Glory is rewarded for the top 5 players on the final score table regardless if they won or lost.

While Arena PvP event, Glory gained on Domination is greater by 50%.

On Domination players can complete the following daily quests:

On Domination players can advance in a PvP Campaign.

There are 10 tasks to do on Domination.

Completing thesese tasks advances both in PvP Campaign and its Domination part.