From Neverwinter Wiki
(Redirected from Call to Arms: Defend the Temple)
Jump to: navigation, search 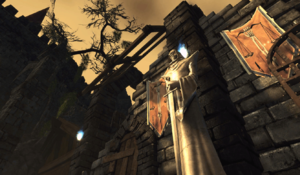 Protect the Temple of Kelemvor in Ebon Downs from the undead!

Defend the Temple is a skirmish set in Ebon Downs. 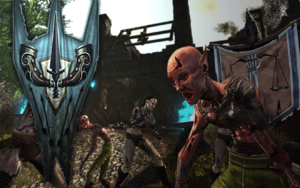 A limited time Call to Arms: Defend the Temple
The Barrow lords have risen and seek to destroy the Temple of Kelemvor, throwing hordes of zombies and their dread Bone Golems to wreck the Temple and wipe us all out! We'll need the city's bravest heroes to fight them off!

Rewards
Defending the temple gives you a chance at the following rewards:

Many of these rewards are only available during the Temple Defense Call to Arms, so get them while you can!